Simon Rex Takes Nothing For Granted 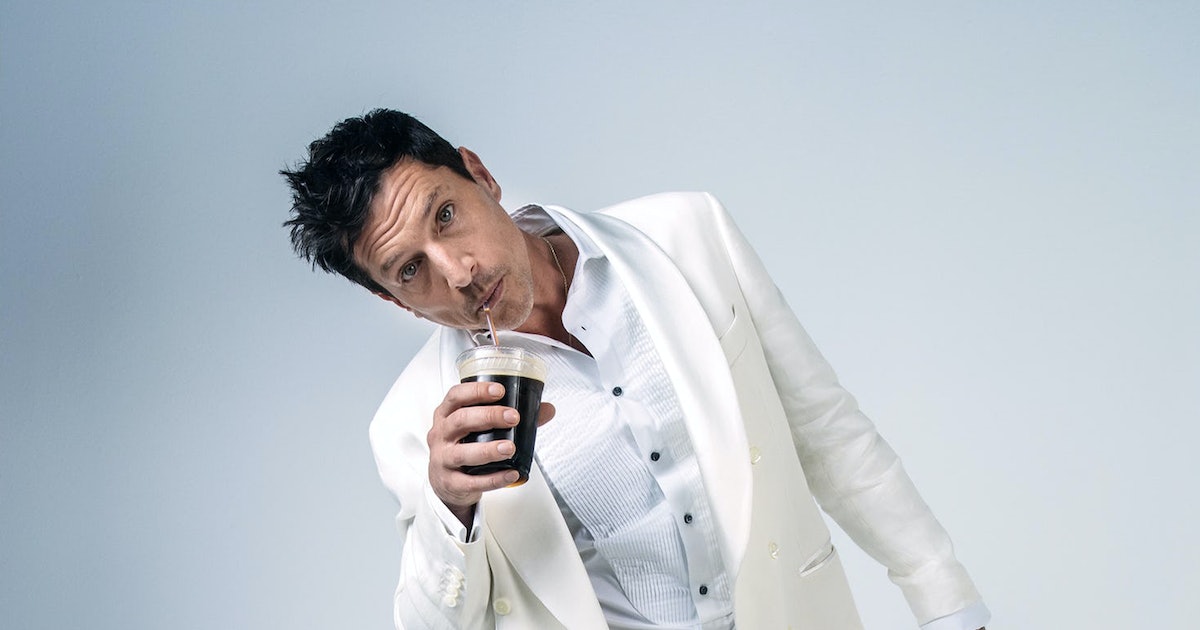 The actor Simon Rex gets bored in the desert town of Joshua Tree, California, which he calls home. That’s the point, he insists. “I’m overstimulated in Los Angeles or New York or San Francisco or wherever there’s too many people,” he tells W. “Moving to Joshua Tree was never a full-time plan. It was more to decompress from the chaos of the city, get into nature, and breathe, have space. It’s been really amazing.” Despite spending most of his time almost three hours outside of L.A., the actor and musician has still been plenty busy, making his starring-role debut in the critically acclaimed black comedy Red Rocket. For W’s annual Best Performances issue, Rex tells Lynn Hirschberg about his childhood obsession with A Christmas Story and what being an only child taught him about a sense of humor.

How did Red Rocket come to you?

This project came to me in a very random, different way. I was sitting around during the pandemic, in July of 2020—as we all were—kind of not knowing what’s going on. I got a call from a friend of mine who knew Sean Baker and his sister, and he said, “Hey, Simon, what are you doing for the next month?” I said, “Nothing.” And she said, “Can I introduce you to Sean Baker? He’s interested in talking to you.” He gets my number; he calls me. He sends me a paragraph of the opening scene of the movie. I do a cold read on my telephone, in my kitchen, out in Joshua Tree, where I live, and I send it to him. He said, “Okay, I need you in Texas in three days. But if you fly here, we have to quarantine you for a week. So I need you to drive here. You have a rental car down the street—hit the road right now.” He sent me the script, and it was a lot of dialogue. I mean, it’s a two-hour movie, and I think I’m on every page. So I was a little intimidated by the amount of dialogue to memorize. I deleted all my social media off my phone to not be distracted, drove to Texas, memorized it, and off we went.

You weren’t nervous about being the star of a movie when you’d never done that before?

No. I had nothing to lose. Basically, it felt like the world was ending anyway. It was a weird time for everybody. I was just like, “Let’s just go for it.” It was just like jumping into the deep end of the pool. I felt comfortable in just surrendering. And it worked, because I think the role required it.

Is it difficult to act when you’re naked?

Surprisingly enough, acting naked is actually easier because you’re completely vulnerable and there’s nothing to hide. It’s almost like when I did stand-up comedy. I remember after doing stand-up, I’m like, “Oh, now I can do any audition. I just got to read lines.” It’s kind of cathartic.

Jamie Dornan came up to me at the Telluride Film Festival and shook my hand and said, “I think you gave the best performance I’ve seen in a long time, and I could have never done what you did. Bravo, mate.” That’s what it’s about.

Had you always dreamed of being an actor?

I had never dreamed of being an actor. I don’t think I ever had delusions of grandeur in the show business world. I was approached—when I should have gone to college—for this modeling job. And I went off to Europe and did modeling, and MTV hired me based on that. Then when I was at MTV, Gus Van Sant called and said, “I want to read Simon for a movie I’m doing called Good Will Hunting.” This was in 1996. I went in, I read with Matt Damon, did a cold read. Gus stopped me and said, “Simon, this is not going too well. You’re not ready for this—but you should go to acting class. You have something. You have that thing. You’re just not ready to do this movie.” So I said, “Well, I better listen to Gus Van Sant.” I’m a huge Drugstore Cowboy fan. I went to acting school, and it kind of fell into my lap. Anything [else] that happened was just an added bonus. [I’ll do] anything to keep me out of an office. No offense to anyone in an office.

Do you believe in luck?

I’m still trying to figure that out, whether or not there is a plan. Because I think it’s sort of narcissistic and egotistical to think the universe is working for you. Maybe there is a design, or maybe it’s fortuitous. I think luck is preparation meets opportunity, right? I’ve been very lucky. I’ve been blessed. It’s a lot of who you know, a lot of right place right time, a lot of the right attitude.

I remember taking an improv class, and the first thing they teach you is: yes, and…. And I think that’s how you should go through life. I like going with my gut instinct and using my imagination. Like when you’re a kid and you play with action figures and you’re going, “Pow! Pow!” I bring it back to that. That’s what works for me.

Did you watch movies when you were a kid?

Without sounding like I know everything, I think I get [acting] because I grew up watching [TV and movies]. I’m an only child, and TV was my best friend. I grew up watching a lot of sitcoms in the ’80s, a lot of movies. I remember when the VCR first came out, and I would obsessively record movies off Showtime, like John Hughes movies, or Mel Brooks movies. I’d watch them over and over. I watched a lot of comedies as a kid. I think it molded my sense of humor because I didn’t have siblings.

Did you have a favorite movie?

I have a few favorite movies. Midnight Run is one of my favorites—I heard they’re doing a sequel as well. I’m on the fence about that. Sometimes doing a sequel is not a good idea, but I have faith. And I don’t know why it’s a really moving movie to me: A Christmas Story. It’s just such a simple, beautiful movie about a kid who wants a BB gun. Every Christmas I watch it, and it’s very heartwarming. I actually ended up working with the director, Bob Clark, who did Porky’s and A Christmas Story. So when I worked with him on this children’s movie called Karate Dog—don’t recommend everyone go see it unless you have kids—I got to work with Bob Clark and ask him all these questions about what it was like working on A Christmas Story.

Yes. I did music as a hobby. And again, this was something in my life that I never pursued as a career. I remember Adrien Brody, he was a friend of mine, before he won the Oscar. And he would always be making beats on little studio equipment. I was interested in that. He basically was like, “Yeah, I’ll teach you.” I started making and producing music for fun. Sure enough, got together with some friends, and we’d record music in my spare bedroom, in the Hollywood Hills. And I would hand out burned CDs of me and my friends rapping comedically. This was in the early 2000s, before MP3s and digital. Next thing you know, Interscope Records was interested, and we’re on tour with the Red Hot Chili Peppers in Europe, doing stadiums. There was no plan. There was no, “We’re going to make it as musicians.” We were just having fun. That’s the lesson I’ve learned: Don’t attach yourself to a result. Just do it because you want to do it and don’t expect anything. But that’s just my story.