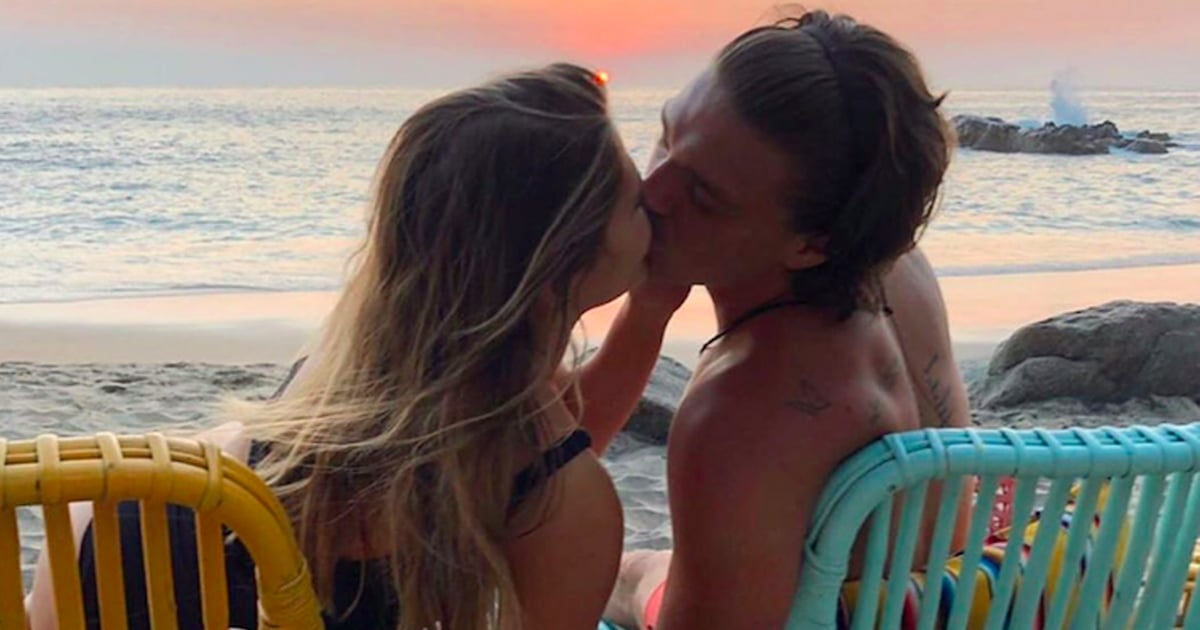 You know when you date someone, you go your separate ways, but then they randomly come back into your life just as you’re getting on without them? That’s what happened to Caelynn Miller-Keyes on Bachelor in Paradise, thanks to Dean Unglert coming back after breaking it off with Caelynn (on her freaking birthday, no less!). Their love story doesn’t appear to be over, especially considering Caelynn made the tough choice to leave Paradise hand in hand with Dean on Monday night’s episode.

Now the real question is: are they still together? Are they both living out of Dean’s van? We need to know!

Keep in mind that nothing is confirmed yet, because contestants’ lips are sealed on any spoilers while the show is airing. However, we consider ourselves quite the detectives and will go to great lengths to get the info we need. One clue is that Caelynn has locked lips with several guys on BIP season six and, despite that, she has only posted pictures of her and Dean in Sayulita, Mexico, on her Instagram. Dean also posted about the two of them with a video on Aug. 16 of Caelynn kissing his cheek at the resort with the caption, “When you grow a mustache and move into a van in an effort to effectively remove yourself from the dating pool but then you meet someone who’s into that weird shit.”

When we look at Caelynn and Dean‘s Instagram pages, we see that both of them posted photos in Spain on July 10. Quite the coincidence if they weren’t together, right?

According to E! News, a source exclusively confirmed on July 15 that the two were dating, and they even addressed those Spain-tagged pictures. “Caelynn traveled to Spain to meet Dean and they were together for four days. They are now in Venice and plan to travel around Italy together before coming back to LA,” the source said.

Dean’s Instagram shows that he did go to Venice following that Spain trip; however, it’s unknown if Caelynn was for sure with him. Since then, Dean has traveled to Los Angeles — where Caelynn lives — over the Summer, even though he lives in a van and doesn’t currently have a home base. All we’re saying is, it doesn’t seem like it would be out of the question for him to visit Caelynn.

It’s no secret that both Dean and Caelynn have had their fair share of twists and turns on BIP, so if they end up together like these other couples, we’ll be expecting a televised Links”>wedding in the future.