Yes, Gigi Hadid Is Back Together With Zayn Malik, but Did You See Her Iridescent Bag? 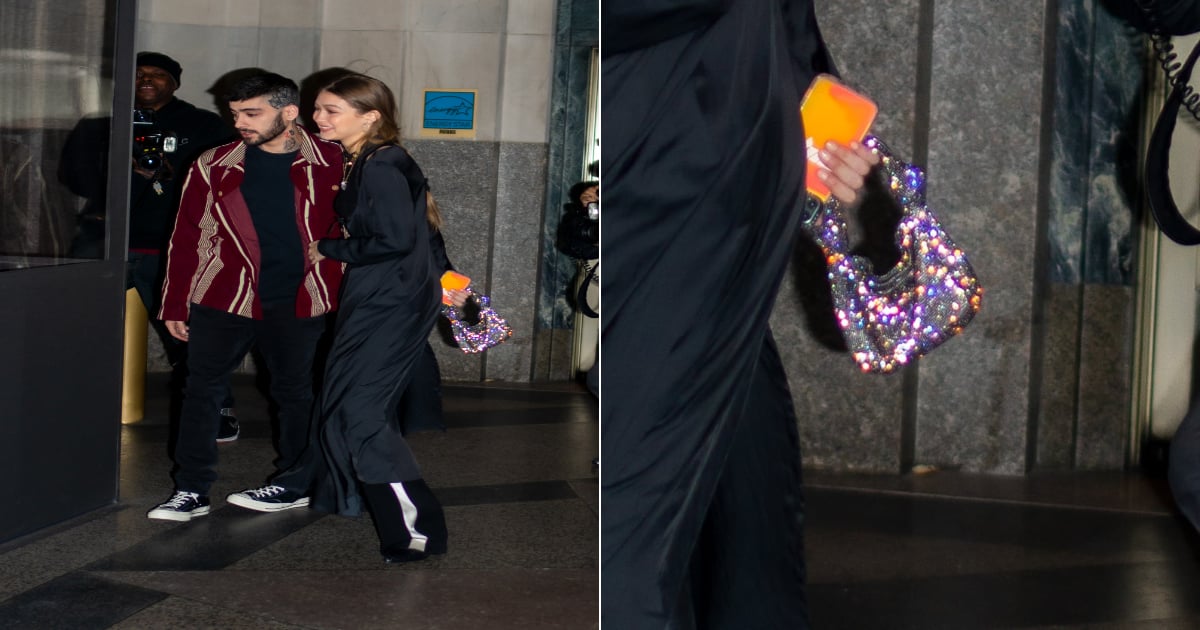 Gigi Hadid and Zayn Malik are back together and showing off their couple style. After publicly confirming that their on-again, off-again romance is on again while wearing coordinated looks, they were back out celebrating Zayn’s 27th birthday in New York. For the dinner at Eleven Madison Park in the Flatiron, Gigi wore a head-to-toe black outfit, while the birthday boy opted for a retro striped button-down over a black tee with black jeans.

The supermodel wore a sporty bustier-inspired tank top with a long gray duster and sporty black pants. She also wore a pair of black boots that matched Zayn’s black Converse sneakers. To complete her look and give it a sparkly touch, Gigi carried an iridescent mini bag. You know the scene from Despicable Me where Agnes says, “It’s so fluffy, I’m going to die!” Well, replace fluffy with sparkly, and that’s exactly how I feel about Gigi’s bag. It’s the perfect bag for a night out with your SO or even just a pick-me-up when you’re out running errands you really don’t want to do. Keep reading to see all angles of her outfit, then shop similar versions of her bag if you’re feeling it as much as I am.