This Calming Cherry Candle is Perfect For When Your Kid Comes for You, and I’ll Take 10 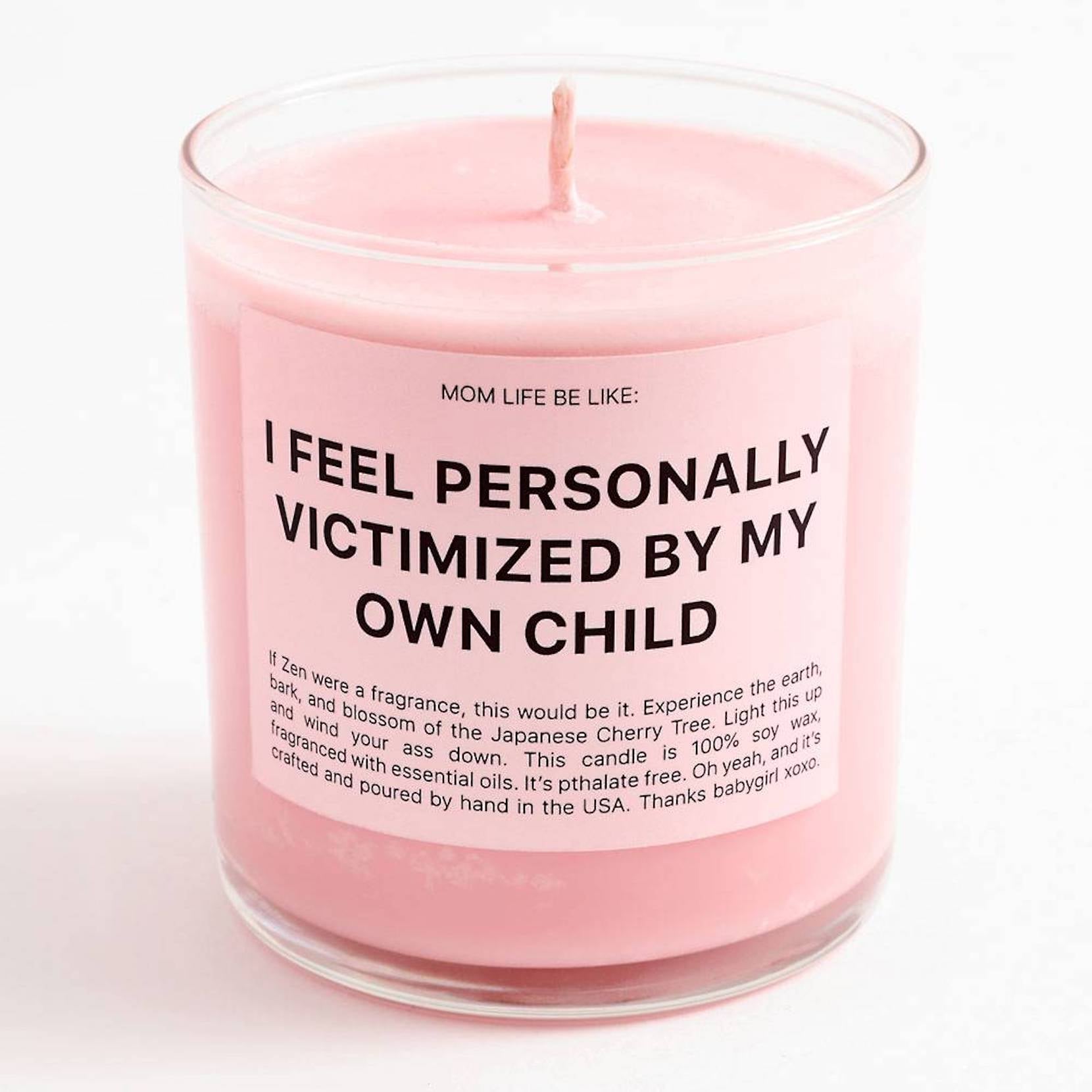 Last week I was driving my daughter to what felt like her 500th dance class of the week, while simultaneously leaving a voicemail for a friend. “Hey, it’s me,” I said into the speaker. “Phone tag. You’re it. Call me.” Short and sweet. I ended the call, satisfied to have crossed something off my to-do list. But then, from the backseat, I heard my kid start cracking up.

“Yeah, so?” I tilted the rear-view mirror so I could get a better look at the amusement on her face, because I had exactly zero clue as to what she found so funny. “Ugh, Mom! Phone tag is something old people say.” Old people. My first thought: Was she serious? And then, realizing she was: I’m old people.

We arrived at the studio a few seconds later, and it was all I could do not to kick her out of the car without even slowing down or stopping. (Just kidding.) But I did feel personally victimized by my own child, which is why I wish I’d had this Personally Victimized Candle ($30) sitting on my dashboard at the time.

For one thing, it’s really pretty. The soy wax has been hand poured and tinted pink, like Regina George and the Plastics in their matching fuchsia miniskirts on a Wednesday. Plus, the candle’s been injected with essentials oils and smells like a Japanese cherry blossom tree. I’ve never actually smelled a Japanese cherry blossom tree, but it sounds pretty calming, especially when I’m contemplating banning my daughter from the car. It’s also phthalate free, so there’s literally no reason to feel guilty burning it.

“If Zen were a fragrance, this would be it,” reads the label. “Light this up and wind your *ss down.” Done and done. I mean, who among us hasn’t been personally victimized by our own child?! Which is why I plan on scooping up, like, 10 of these babies to hand out to my mom friends to light up when we’re ready to snap — because mom life be like that sometimes.